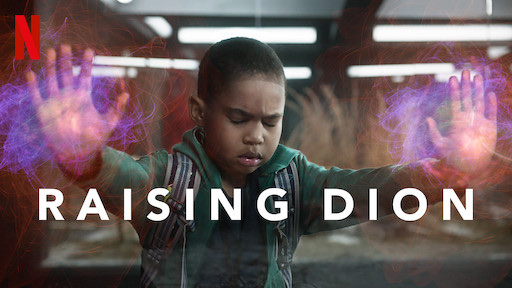 Raising Dion is an amazing, “ahead of it’s time,” superhero show. From beginning to end, the characters in this show has a grip on you, and doesn’t plan on releasing you until you’ve binged the whole first season! Raising Dion is based on a short film, of the same name, by Dennis Liu. It has a comic book series as well. I never knew any of this until watching this show, and now I’m eager to learn more about the series! That’s how good, and addicting, this show is! 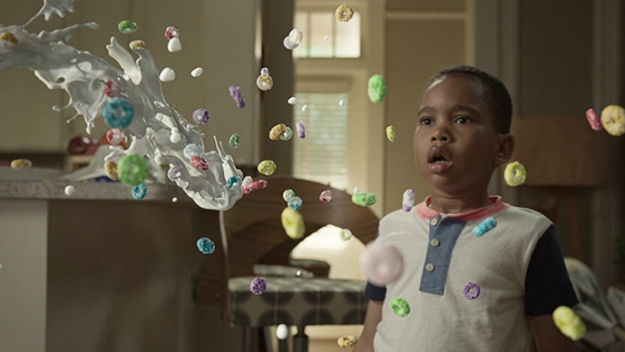 Raising Dion follows the main protaganist, Dion Warren (Ja’Siah Young), and his mother, Nicole Reese (Alisha Wainwright), as they navigate their new life without Dion’s dad, Mark Warren (Michael B. Jordan). Mark died, which left Dion without a father, and Nicole a widow, and a single mother. I love how this show deals with real issues, although Mark’s death isn’t exactly something that happens everyday – unless you’re a Marvel/DC character. Part of the show is the mystery surrounding Mark’s death. 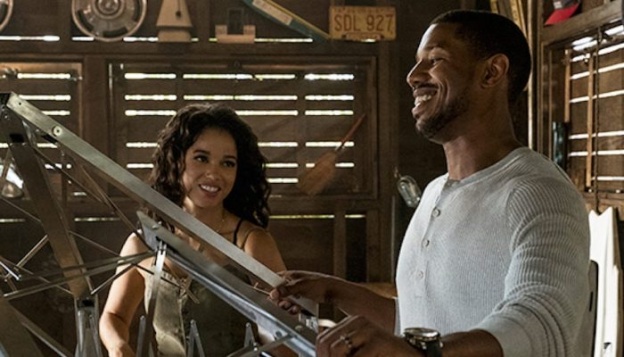 Dion eventually starts manifesting powers, which throws his mom into disaray. I was seriously worried about Nicole, but just like a strong mother, she pulled through it all, and even found a way to help Dion with his powers. 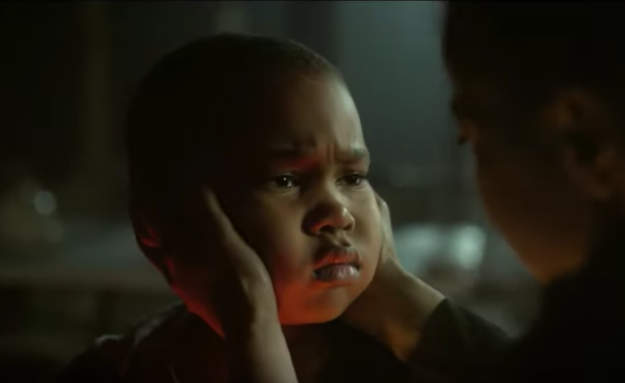 Having powers is one element of the show. Loyalty, racism, betrayal, family and friendships are more elements to the show. 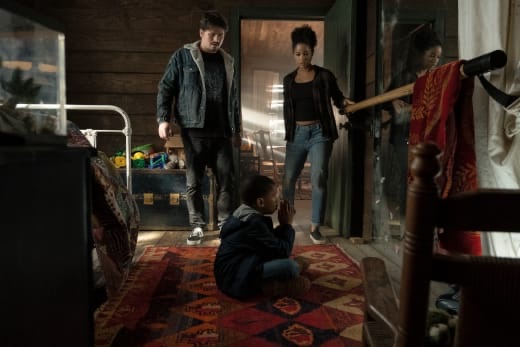 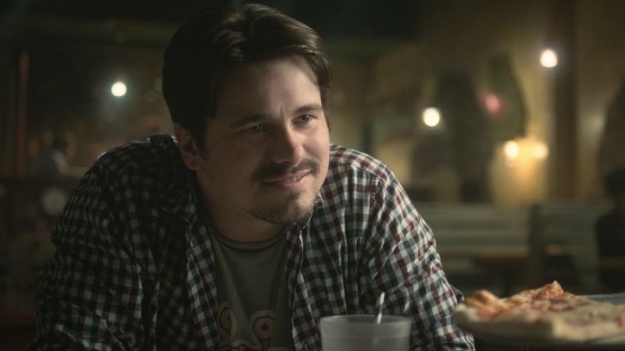 Here you have Pat (Jason Ritter), who was the best friend of Mark, and also god-dad to Dion. He steps up as a father figure for Dion, which Nicole greatly appreciates. Though, she does find him annoying, and doesn’t hold her tongue in telling him. He’s also the first person who Nicole shares Dion’s secret powers with. Pat is…definitely a character full of secrets. That’s all I’m going to say! 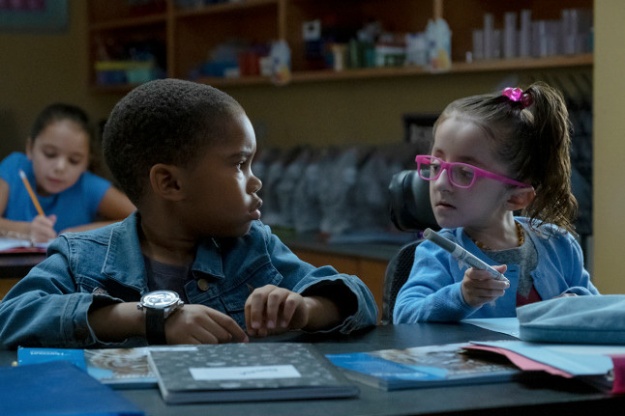 While in school, Dion deals with racism, and yes, racism happens to people of all ages – kids included. It’s truly sad. A bully tried to steal Dion’s watch, which led to an altercation, that the assistant principal blamed Dion for, because he’s black. This led to Nicole having to explain to Dion about the harsh realities, of the world, that he’ll face being a black boy. Serious stuff, and very sad indeed. Dion’s best friend, Esperanza (Sammy Haney), is the kind of best friend everyone needs. She’s wheelchair bound, and yet that doesn’t stop her from getting around and learning everyone’s business. Which she states is because she’s invisible. She uses this as a weapon to help her friend, and doesn’t let it bother her. She’s always there for Dion and has his back all the time. She’s an awesome character and a great friend to Dion. She also knows about Dion’s powers. 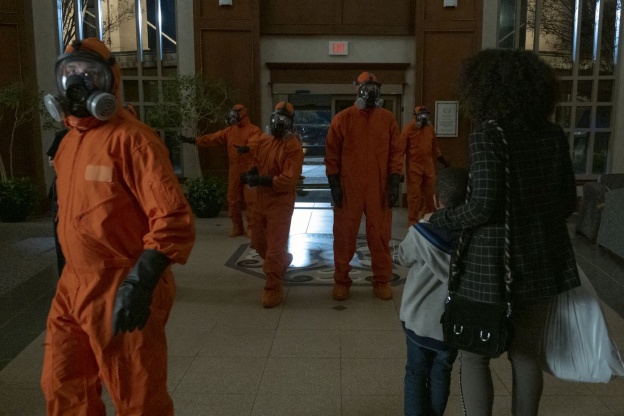 Dion deals with a lot. Nicole tries her best to protect Dion through it all, yet there are people in the world who’s going to want to exploit Dion somehow. Whether if it’s for experimentation reasons, or even survival, as Dion can also heal – people are going to eventually try to come for him. There’s also a giant thunder storm after Dion. 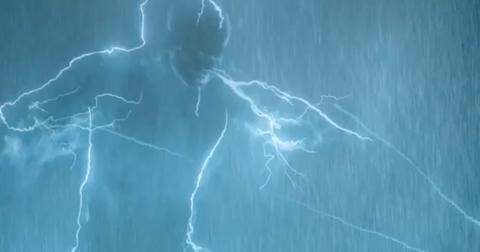 No, literally, a big storm that shoots out lightning bolts is stalking Dion. This giant storm murders super-powered people, and absorbs them to stay alive. Yes, you heard right. He’s like Cell from DBZ, only scarier. The reveal of who this…creature is, is shocking too. You’ll never see it coming. Spoiler: Mark went up against this thing too. 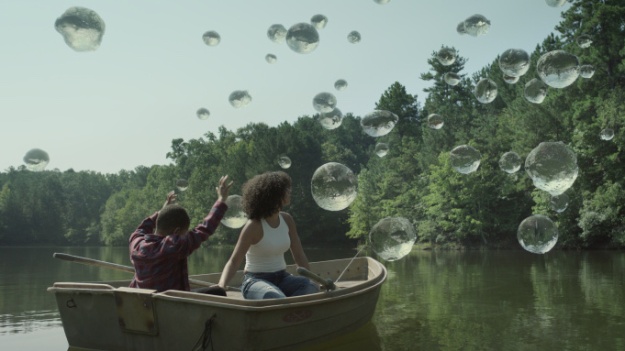 Well, there you have it. That’s the jest of the show, and that’s not even the half of it. So much happens in this show that I didn’t talk about. You guys will be so surprised when you watch! Check out the trailer! Raising Dion has nine episodes, and they’re available on Netflix to watch. I highly recommend checking it out! It’ll leave you wanting more!